Understanding your rights when it comes to credit agreements and loans can save you time, money and stress. 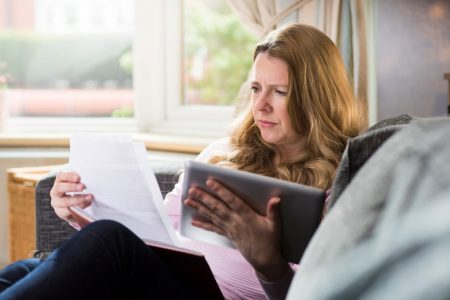 For example, it’s important to know whether certain debts have time limits beyond which creditors can’t chase you for repayment. In these cases, debt may be referred to as statute barred – but what exactly does this term mean and how could it impact on your need to make repayments?

We see a lot of misleading information about this term and what it means for you on social media and consumer forums. Galahad & Co. are experts in this area of law and can help explain what ‘statute barred debt’ really means for you.

What is statute barred debt?

Statute barred debt is a phrase which is outlined in the Limitation Act 1980 and refers to debt that is no longer chased as the time the creditor had to enforce payment has elapsed. In other words, when debt is barred under statute, this means that by law, the creditor has run out of time to take certain kinds of action to make you repay the money, including taking you to court.

Under the terms of the Limitation Act, a creditor has up to six years to pursue most types of unsecured debts, or 12 years in the case of certain mortgage shortfalls. This period (referred to as a ‘limitation period’) begins at the time of either your last payment of the debt or your last acknowledgement of it. It does not refer to the entire time that you have been making repayments for. Also, it is key to be aware that if you have a county court judgement (CCJ) registered against you prior to the limitation period elapsing, this period does not apply. In addition, the Limitation Act does not apply to debts you owe to the Crown or some government departments, including income tax.

If a debt is statute barred, it can no longer be recovered by means of court action and is therefore not enforceable. If a creditor attempts to take you to court over a statute barred debt, you will be able to defend your case and your creditor won’t be awarded a CCJ against you. Although creditors may contend that they are still able to chase you for the debt, the FCA rules which came into force in 2014 mean that creditors are not allowed to chase debts that fall into this category if they haven’t contacted you at all during the limitation period. However, they can continue to ask you for repayment if they have been in regular contact. Certain creditors, for example the Department for Work and Pensions, have powers under the law that enable them to deduct money from benefits or wages without going to court, and they can do this regardless of whether the limitation period has passed.

Being statute barred does not mean that a debt ceases to exist. As previously mentioned, creditors can still try to recover the money in certain circumstances, and the debt may still appear on your credit reference file. You can choose to repay statute barred debt if you wish.

When does a debt become statute barred?

“Statute barred” is a legal term which can apply to any legal claim, but which you are most likely to have come across in relation to debt.

This means that a company or individual wishing to pursue a claim through legal channels (for example in court) has a set period of time in which they can do this. Once that time has passed, they can no longer pursue you. The length of time available in each case is called the ‘limitation period’ and varies depending on the type of claim you are making (for example, the limitation was temporarily extended in the case of PPI claims in order to allow consumers to claim compensation for older policies). The limitation period is usually defined by the length of time which has passed since an event happened or sometimes since you became aware of an event having happened.

For the majority of debt claims, the limitation period is six years. That starts on the date that you last made a payment towards the account or acknowledged the debt in writing, whichever is most recent.

In England, Wales and Northern Ireland, this applies to the majority of common types of debt, including personal loans, store or credit cards, electric or gas arrears, payday loans and overdrafts. However, there are exceptions. For example, mortgage shortfalls have a limitation period lasting 12 years for the capital you borrowed, while the interest charged on this has a limitation period of six years. Personal injury claims have a reduced limitation period of three years.

In Scotland, the rules are different. If a creditor takes too long to chase a debt, the debt becomes ‘prescribed’. Once this has happened, it no longer exists under the law, so there is nothing further that the creditor can do to collect it. For the majority of debt in Scotland, the prescription period is five years. Again though, there are exceptions. For example, mortgage shortfalls in Scotland have a prescription period of 20 years for the capital borrowed and five years for the interest charged on this.

Just because the debt does not appear on your credit file does not mean that that debt is statute barred. A debt will be removed from your credit file six years after the date of default, this is regardless of whether you have made any payments towards the debt in the meantime. You can read more about defaults and your credit report here .

What if a creditor is contacting me about a debt that is statute barred?

The Financial Conduct Authority (FCA) states that it is unfair for a creditor to continue to chase statute barred or prescribed debt if you have informed them that you don’t intend to pay this money. If you are being chased about a debt which you believe is statute barred, you should make a complaint to the lender in the first instance. They will then investigate this and come back to you with their findings. If they do not agree, then they must tell you why not. If you believe that they are wrong, you can refer your complaint to the Financial Ombudsman who will make a final decision on the outcome of your complaint. Where the Financial Ombudsman does not agree with your evidence it would not be wise to continue to dispute the debt without professional advice – if you are not able to convince an ombudsman, then you are not likely to convince a judge.

If your creditor claims that your debt isn’t statute barred, they will have to go to court to prove this. If you are able to show the court that the limitation period has in fact passed, the case should be cancelled (referred to as discontinued). You should always take professional advice if you are planning to challenge a claim in court.

If you choose not to pay a debt which you believe is statute barred, you must be very careful to ensure that this is correct and that you are not at risk of being taken to court and losing. If you are not sure whether it is, it would be a good idea to call your creditor and ask when the date of your last payment was. If this was more than six years ago (and you have not written to them since) then the debt is statute barred. It is extremely important to make this enquiry over the phone and not in writing, otherwise the limitation period could be reset.

How can Galahad & Co. help?

If you are being pursued by creditors for debt that is statute barred, or your rights are being infringed in any other way, the experts here at Galahad & Co. can help. Acting on your behalf, we can ask companies to prove that the money they say you owe is due. By defending our clients’ rights under consumer protection legislation, we have saved them over £2.5 million.

To arrange a free, no-obligation consultation, simply contact our team today by phone on 0330 124 4252 or via email at hello@galahadandco.co.uk.